Our Commitment is both Personal and Professional

Matt Cohen is founder of Matt Cohen & Associates and is well known for his work in special education law and has extensive experience in mental health and human services law. He has litigated numerous special education cases and has represented thousands of chilcren and adults with disabilities and their families. He is also the primary or collaborating author of several amendments to the mental health and special education laws of Illinois. In 1997, he was invited to the White House to participate in the signing ceremony for the Individuals with Disabilities Education Act Amendments of 1997, in recognition of his participation in the process leading to the passage of that legislation.

While engaged in private law practice continuously since 1981, Matt served as the Executive Director and Corporate Counsel of a large psychiatric services corporation from 1985 to 1990. He has represented or consulted with hospitals, residential treatment centers, community mental health centers, agencies, police social workers and private health care, social services and education practitioners.

Nationally, Matt was a founding board member of the Council of Parent Attorneys and Advocates (COPAA) a national special education advocacy organization. He was reappointed to the Board of Directors a number of years ago and regularly serves on various committees and task forces. In addition, Matt was a member of the Board of Directors of the national Children and Adults with Attention Deficit/Hyperactivity Disorders (CHADD) organization from July 1995 to June 2002, serving as its President from July 1999 to June 2000. In 2002 and 2003, Matt helped to organize the Children’s Behavioral Alliance, a national umbrella group for children’s mental health organizations. Under the auspices of the group, Matt was one of the authors of its nationally distributed policy statement, “In the Best Interest of All.”

Locally, Matt has been on the board of Our Place of New Trier Township, a program for young adults with disabilities, for several years. He also chaired the Illinois Attorney General’s Special Education Committee for over twenty five years, leaving the Committee in 2019. In 2001, CHADD established the Matt Cohen Scholarship Fund, named in his honor. He is the recipient of the “Gordon B Nash Sr. Public Education Award”, from Greater Chicago NAMI in 2009 and 1993 “Illinois TASH Professional of the Year” award. He is also Life Board Member of Youth Organization Umbrella, located in Evanston, Illinois. In 2011, Matt received the “National CHADD Legislative Advocacy Award” and in 2012 was presented with the “Friend of Learning Disability Association of Illinois”. He has been selected to Illinois Super Lawyers every year from 2005-2020, as well as being selected as an Illinois “Leading Lawyer” for many years.

Matt has lectured nationally on a wide variety of special education topics, as well as on mental health and confidentiality law and has authored numerous articles on these subjects. He is frequently quoted by the news media on special education issues. Matt was an adjunct professor of law at Loyola University Law School for many years and has taught at Northwestern University Law School.

In 2009, Matt authored the book A Guide to Special Education Advocacy: What Parents, Clinicians and Advocates Need to Know, published by Jessica Kingsley. He is also the author of Barriers to Inclusion in Local School in Illinois: A Blueprint for Change, funded by a grant from the Illinois Planning Council on Developmental Disabilities.

Matt received his law degree from the University of Minnesota (1981) and his bachelor’s degree from Grinnell College (1977). Matt has two adult sons and loves spending time with them. 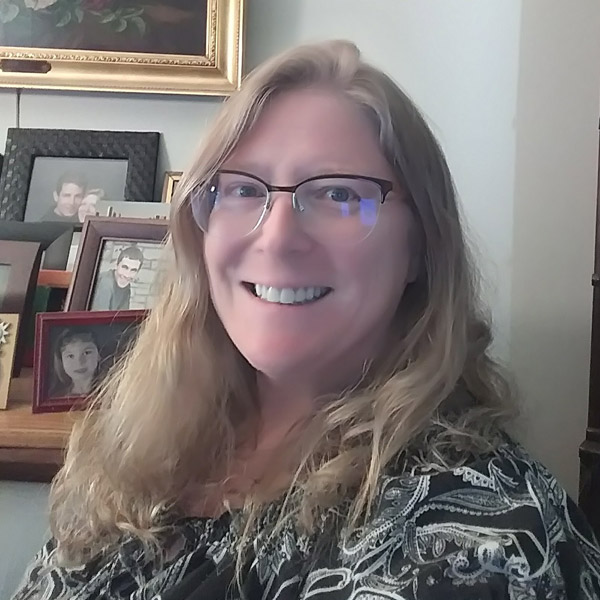 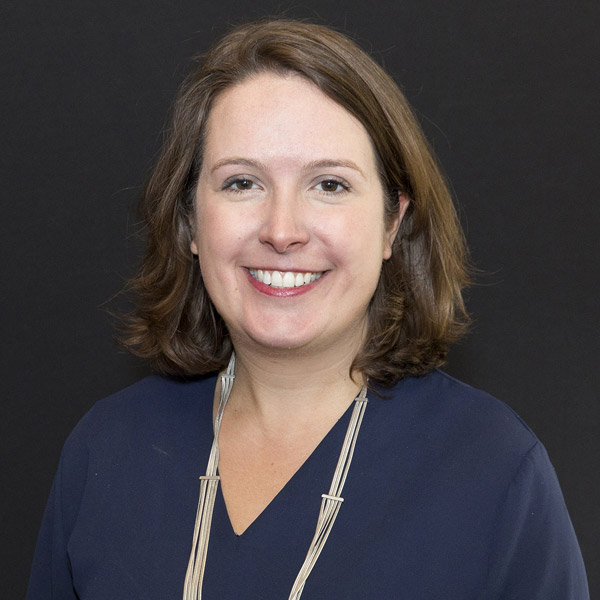 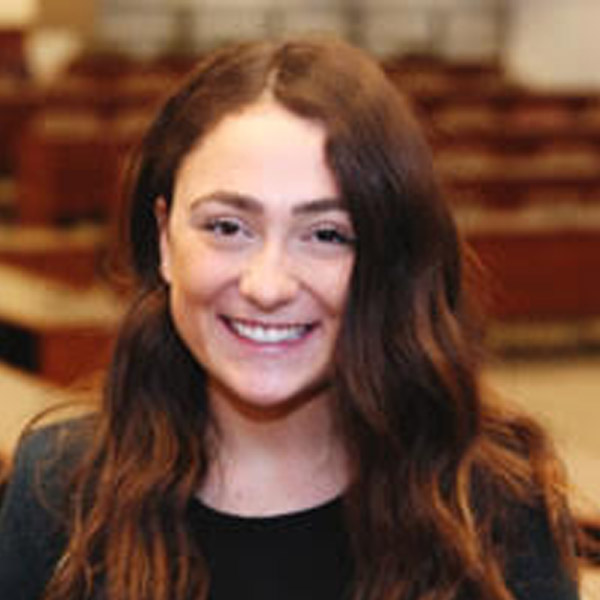 Brad Dembs joined Matt Cohen & Associates in 2017. Brad is from Michigan, where he earned a Bachelor of Arts from the University of Michigan in 2009 and a Juris Doctor from Wayne State University Law School in 2012. Brad’s passion for disability rights, and special education in particular, comes from his experience working with and advocating for individuals with disabilities in various contexts over the past two decades. Prior to joining MCA, Brad spent five years working as a Staff Attorney for Michigan Protection and Advocacy Service, Inc., where he focused on special education law.

Brad’s duties included representing families of children with disabilities in all stages of disputes with their school districts, from advocating at IEP meetings, Section 504 Plan meetings and disciplinary hearings to filing Due Process complaints and subsequent appeals. Brad also has experience arguing cases in federal district court and in the Sixth Circuit Court of Appeals. In his free time, Brad enjoys kayaking, cooking, basketball, and playing with his Australian Cattle Dog.
Brad is licensed to practice law in Illinois and Michigan.

Nina Hennessy is a graduate of Loyola University Chicago School of Law. She practiced in the areas of Real Estate Property Taxation and Trade Association law in Chicago for eleven years and then left the practice of law to raise her children. She remained active in the DuPage County Bar Association and volunteered with her local school and church. She began advocating for special education services for her children when they were young and through that advocacy became passionate about serving those with special educational needs. She attended the Institute for Special Education and Advocacy in 2018 and has been a member of COPAA since 2019. She works with families to obtain special education services and supports and Section 504 accommodations.

Nina also works with college and graduate students to obtain accommodations under the Americans With Disabilities Act and with the problems of mental health and human services providers.

Kim joined Matt Cohen & Associates in October 2013. She has focused on advocating for clients requiring accommodations for high stakes testing and higher education under the Americans with Disabilities Act and on assisting clients with compliance with the Health Insurance Portability and Accountability Act of 1996 (HIPAA) and state confidentiality laws. She also has experience advocating at IEP, 504 and RTI meetings. Kim is an attorney with a passion for special education and disability rights law born out of personal experience navigating the special education system on behalf of her own children.

In addition, Kim has eight years of experience in researching, analyzing, and writing about complex legal issues. She tracked critical legislation, regulations, guidance documents and case law affecting the food, drug and medical devices industry as a researcher and legal writer for the Food and Drug Law Reporter and the Medical Devices Law Reporter for FDA regulated industries.

Kim is a member of COPAA and a group for parents of twice exceptional children. She has been active as a leader in Cub Scouts, Girl Scouts, and her local Home & School Association. When she has free time she enjoys traveling, camping, geocaching and reading.

Verity Sandell represents children and parents in their special education, school discipline, and other education matters. As part of her work, she provides training on education law issues to attorneys, caseworkers, students, parents, guardians, and mental health professionals. Verity grew up in Chicago, and attended Chicago Public Schools. She later taught elementary school in the Chicago Public Schools. Her experiences teaching led her to law school, to advocate for educational equity.

Prior to joining MCA, Verity represented children and parents in education matters at the Moran Center in Evanston and Legal Aid Chicago. During law school, she interned at Equip for Equality and externed for U.S. District Court Judge Ronald A. Guzman in the Northern District. While she enjoys working on all education issues, she is especially passionate about literacy instruction and representing children who have experienced foster care and adoption. She graduated from Loyola University Chicago School of Law magna cum laude and is a member of Alpha Sigma Nu. In 2014, she received the Sun-Times Public Interest Law Fellowship. She has a B.A. in Public Policy Analysis and Sociology from Pomona College and an M.A. in Teaching from Dominican University.

Elizabeth Hooper joined our practice as a special education advocate and educational consultant in _____. Previously, Elizabeth has served as an educational advocate and tutor for families with students with disabilities in the Western suburbs. Prior to that, she had over 10 years experience as a special education teacher, including experience with inclusive programming, behavior intervention support, and ESL. She received certifications in California for Moderate to Severe and ESL and has an LBS I certification from the Illinois State Board of Education. Elizabeth has a Masters Degree in Special Education from San Francisco State University and a Bachelors Degree from the University of Wisconsin-Madison.

Elizabeth brings a broad set of skills to our practice and has had great success on behalf of our clients. .

Annmarie joined Matt Cohen & Associates as a paralegal and advocate in 1998. She has been active in the disability community for many years. Besides her experience working with families, Annmarie has also worked with special education administrators, principals and teachers and has provided numerous in-service trainings on issues such as inclusion, extended school year, developing IEP’s, etc. She has gone to hundreds of IEP meetings with clients. She has helped organize and support many parent advocacy groups throughout Illinois. Prior to joining Matt’s practice, Annmarie worked for many years at Designs For Change, a Federally funded parent support center. Annmarie currently works virtually from her home in Missouri.

Tami began working with Matt Cohen as his assistant and intake coordinator in 2005. She is also a paralegal and the office manager. In her role as intake coordinator, Tami talks to hundreds of parents every year, providing crucial information about the firm, as well as conducting triage on urgent cases.

Prior to working with Matt , she worked as a paraprofessional at Elim Christian Services in the middle school and in their ACE Program. She is active in the disability community, particularly in the church setting, promoting inclusion and full participation. She is the Regional Advocate for Classis Chicago South for the Christian Reformed Church’s Disability Concerns Committee and involved with various other organizations.

Destinee is our receptionist and administrative assistant. She handles many office duties for us, including answering the phone , organizing voluminous records, filing, assisting with large projects and cases and a multitude of other tasks.

Deirdre started working for Matt Cohen and Associates in May of 2019. She files and organizes documents, as well as various other administrative tasks in the office.
Deirdre graduated from Quincy University with a B.S. in Special Education and taught special education for several years in a variety of settings, including a self-contained classroom, a resource room, and a co-taught classroom. She later obtained a Paralegal Certificate from Oakton Community College and worked for three and a half years at a real estate law office. At her current position, Deirdre is able to combine her knowledge of Special Education with her skills in the field of paralegal studies.

Alex is a incoming 3L student at Loyola University Chicago School of Law with a focus on family and education law. She recently clerked for Judge William Clerk Boyd in the Domestic Relations Division of the Circuit Court. Additionally, she has clerked in employment law, estate planning law, and at the Wayne County Prosecutor’s Office in the Juvenile Justice Division. Within the Loyola community, Alex is a member of the International Mediation Team and is Marketing Editor for the Children’s Legal Rights Journal. Previously, she was Vice President of the Women’s Law Society.